One of the most important advances in telescope control in the past 25 years, Meade #497 Autostar Computer Controller 07436 turns the ETX-90AT, ETX-105AT, or ETX-125AT Meade Telescopes into an automatic celestial object locating system. Just plug Meade Autostar #497 telescope Computer Controller into the telescope 's HBX port, do a quick (less than one minute!) telescope alignment, and you're ready to observe any object in the Meade Autostar 's 30,000-object database.

Any of Meade Autostar 's database objects can be called up and entered on the hand controller display in seconds. The observer then simply presses the GO TO pushbutton and watches as the telescope automatically slews (moves) to the object and places it in the field of view. The effect of Meade Autostar Controller #497 is to bring objects easily within reach which were previously unreachable for all but the most dedicated of amateur astronomers.

Meade Autostar Telescope Controller opens up a new era in astronomical study for the casual or beginning astronomer, just as Meade LX200 Telescopes and Meade LX200GPS Schmidt Cassegrain Telescopes have for the advanced amateur. Most Meade Autostar users see more celestial objects in one night's viewing than typical first-time telescope owners previously have in a lifetime.

With Meade Autostar #497 Computer Controller plugged into your Meade ETX90 AT, Meade ETX105 AT, or Meade ETX125 AT Telescopes, the astronomical universe is in the palm of your hand: never before has such powerful telescope technology been so easy to operate, even by the most casual observer.

Included within Meade Auto Star 's database are all of the following astronomical objects - a range of objects certain to keep even the most active amateur astronomer growing in his or her studies of the skies for years:

Any of the objects in the preceding listing can be located simply by calling up the object from Meade Auto-Star database and pressing GO TO. Within seconds Meade Autostar # 497 directs Meade ETX Telescope to move automatically to the object and place it within the telescopic field of view with uncanny precision.

Call-up of an object from the database is facilitated by Meade #497 Autostar 's simple menu options. For example, to enter NGC 6960 on Meade Autostar Hand Controller display, the observer selects in sequence (and in a few seconds of keystrokes): OBJECT/DEEP SKY/NGC OBJECTS/6960. When GO TO is pressed, Meade Telescope moves at 5° per second on both axes, simultaneously, to place NGC 6960, the Veil Nebula in the constellation Cygnus, in the telescope 's field of view.

Meade Autostar Telescope Computer Handheld Controller #497 for Meade ETX/ EC Telescopes - 07436 is easy to use. Even the most novice observer will find himself or herself locating dozens of fascinating celestial objects the very first night out - from commonly-observed objects such as the rings of Saturn, the satellites of Jupiter, and the Orion Nebula (M42); to more difficult objects such as the Ring Nebula (M57) in Lyra, the Spiral Galaxy (M33) in Triangulum, and the Sombrero Galaxy (M104) in Virgo; to very obscure objects near the telescope 's threshold of visibility such as the diffuse nebula NGC 6559 in Sagittarius, the galactic star cluster NGC 1778 in Auriga, and the spiral galaxy NGC 3310 in Ursa Major.

1) Automatic GO TO capability to any astronomical object of known Right Ascension and Declination, plus digital readouts of telescope position, continuously in RA and Dec.

2) Precise Sidereal-Rate Tracking in either altazimuth or equatorial modes. Once an object is located by Meade Autostar Controller, the telescope automatically tracks it and keeps it centered in the telescope's field of view, fully compensating for the Earth's rotation.

3) 200 User-Defined Objects: The observer can add the locations of up to 200 objects of his/her choosing, store these objects in Meade Autostar 's memory, and call them up at any time.

4) 9-Speed Dual-Axis Operation: Use Meade Autostar Controller pushbuttons to move your Meade Telescope on either or both axes, simultaneously, at any of nine drive speeds, from 2x sidereal to 5°/second.

5) Guided Tours: Allows Meade Autostar to choose the best objects for observing on any given night.

6) GO TO capability through Meade Autostar 's RS-232 serial interface, using optional Meade AstroFinder Astronomical Software: Use the optionally-available package of Meade Astro Finder Software and Meade #505 Connector Cable Set to form a system consisting of Meade ETX Telescope + Autostar + your PC. Point and click to any celestial object on the PC display and watch as the telescope moves to the object and places it in the field of view. (For PC's with USB ports order the Meade USB to RS-232 Bridge Cable, which permits connection between the telescope's RS-232 serial interface and the PC's USB port.) 7) Plus: over 20 other menu options, including Major Event Menus (e.g., times of Moonrise, Moon phases, etc.); Utility Functions (e.g., timer, alarm, eyepiece power calculations); and much more. 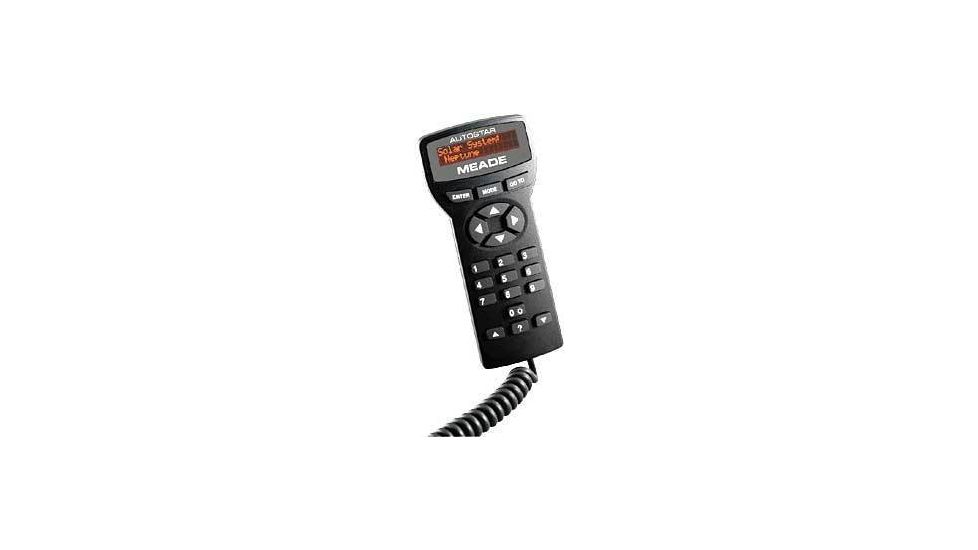 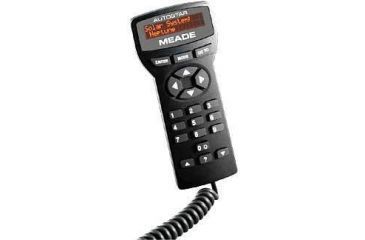 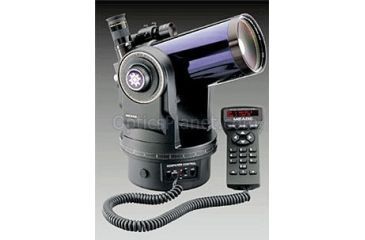 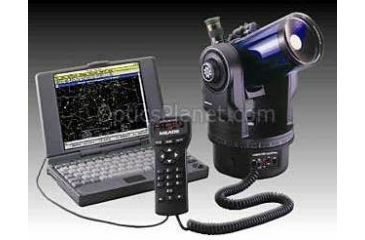 Use coupon code at checkout.

Enjoyed this article? Stay informed by joining our newsletter!

Product was a good price and works execellent with my Meade ETX-80 AT Telescope. I upgraded to this product from the Original Meade 494 so I could use the laptop to fully control the Telescope. I did need to update the unit with the ASU, and it worked very good. I did need to download the latest version of Meade Auto Star Suite from there website and that worked as well. Thanks!